Someone said, “Be careful what you pray for, you might get it.” Well, we have been praying for having the opportunity to have a presence on a local radio station, providing more sound teaching as an alternative to the “feel-good”, heretical or theologically hollow teaching most commonly aired in the capital city of Madagascar. God might have answered our prayers as I had the privilege yesterday to be invited as a surprise guest speaker on “Olivasoa Radio 91 FM”, one of the main Christian radios in the capital. 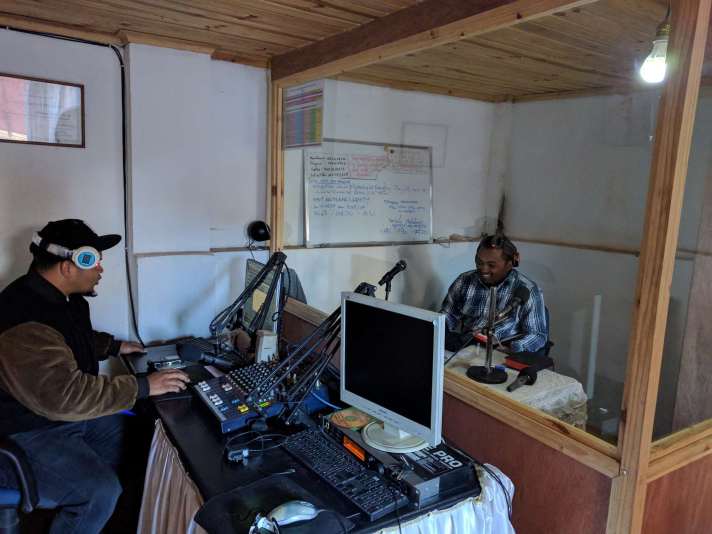 The show was very interactive and organized around conversations between the two hosts of the show and myself as we discussed on the theme commitments, and the importance to keep them regardless of the cost especially when they are made with God, because of who He is, His promises and the heavenly reward promised to those who faithfully endure to the end. A power cut towards the end of the show led to the unfortunate loss of the recording.

After the show, the hosts and I discussed the possibility of more regular appearances in the future as we enjoyed the view from the radio station studio. We will see what the Lord has in store for us, but the prospect of airing 50 messages a year or so, is very exciting! Please pray with us as we seek God’s will for that aspect of the ministry. We will keep you posted.